Hi, what are you looking for?


Is Bitcoin a good investment? The short answer is yes. But be prepared for loss and riding the wave, until it reaches its peak before selling. Those who are interested, shouldn’t be scared off completely. There’s no special trick. Becoming a cryptocurrency investor, takes time and dedication like other things in life. There is a learning process to everything.

However, like any investment there are going to be risks. Anyone who is uncomfortable with losing their investment should seek something else. For those who have a bit extra to gamble, they can invest into cryptocurrencies. There are many to choose from nowadays.

Digital coin investing, has become big business and it is continuing to grow each day. There are many more cryptocurrencies out there, than there used to be.

So, in all likeliness cryptocurrencies are here to stay for the long term. Things have been established and will only continue to grow it seems. Some predict that all transactions will become digital in the future and paper and coin money will all but disappear. Other things such as silver and gold will be around in the future for investing as well. They are far too valuable to the world for different reasons.

Today, there are over 1600 different cryptocurrencies available. The largest and most well known blockchain is Bitcoin. Others include Ethereum, Ripple and Tether. Currently, the top 10 cryptocurrencies by market capitalization are:

Many might be curious about what a blockchain is in the cryptocurrency world. These are escentally called blocks that contain a list of records. Each block has a cryptographic hash of the previous block. These are like timestamps recording each transactional data made. There will always be the existence or copy of the first, even if the rest somehow are destroyed.

Think of it as an endless multiplier it will continue to re-spawn each time. This new technology, is part of the future and security for everyone. It is already being used in different ways with further development on the way as well.

The blockchain, can be best described as a shared public ledger which the entire Bitcoin network relies upon. It is a fascinating progression by the world as it continues to evolve.

The very first cryptocurrency was Bitcoin. This crypto was first created back in 2008. However, nobody knows exactly who did. The understanding is, someone known as “Satoshi Nakamoto” created it.

This likely was never their real name. The very first transaction with Bitcoin was used to purchase pizza from Papa John’s. The transaction was 10,000 BTC. Today, the value of these 10,000 coins is worth around $93 million dollars.

The highest value of Bitcoin reached around $20,000 dollars at mid-December of 2017. Not long after this the market suddenly crashed. Like many stocks or other investments, things are going to dip here and there. Then they begin to climb again and later stabilize to some degree anyway. Bitcoin should be viewed on a global scale to understand its value better.

For example, if someone wanted to give their friend 1 BTC (Bitcoin) then they could do so without involving a bank. The time it takes for a Bitcoin transaction to happen is around 10 minutes. The Bitcoin network itself, can handle around 7 different transactions per second.

People also use computers to mine Bitcoin, there are companies that have been setup to mine Bitcoin continually and are “earning or finding” them virtually. The number of Bitcoins in known existence is believed to be 21 million. Bitcoin miners, may have to rely on transaction fees in order to maintain their operations as they continue to “dig” for these coins.

When Bitcoin miners unlock all the Bitcoins available. The supply will eventually be drained. The protocol may increase coins, due to supply and demand further in time.

Just like gold, a fixed supply will keep the currency in some kind of check. This will also affect transactions, allowing for people to keep a more stable economy of Bitcoin. Also, banks are kept in check and not allowed to arbitrarily issue fiduciary media.

Bitcoin along with other cryptocurrencies, would best be described as being both decentralized and digital. The aim of this market is to create an alternative for fiat currencies, like USD, GBP, JPY etc. Now, with a market capitalization of $163 billion. The market share is at 36% percent.

Many might be wondering about the security of Bitcoin and other cryptocurrencies. Both digital and hard wallets are used. It is important to note that Bitcoin wallets calculate the spendable balance on file, so new transactions can be verified. This helps to secure things and verify that real owner is using their assigned online wallet or their even more secure USB hardware wallet.

Using a Hardware Wallet, is the most secure thing to use. However, there are a number of online wallets that are quite secure as well. If you are serious about investing into cryptocurrency it is worth making an investment into a Hardware Wallet.

Hardware Wallets range between $20 to $500 dollars. You will pay more for extra features on the higher end but are worth it if you plan to trade a lot. Some things to consider are how many cryptocurrencies are you planning to trade. If only one, it doesn’t make sense to spend more on a Hardware Wallet that has multiple cryptocurrencies on it.

If you have the financial resources to buy Bitcoin or fractions of them. It may be a good choice for you. Research is key about this market. Things can change quickly.

Over a week, Bitcoin has already started to climb again. So, those out there looking to sell will make a profit. The golden rule with stock type investments is to buy low and sell high. Since Bitcoin is the first and largest cryptocurrency out there, it would be wise to explore this as a viable option. Be prepared for the journey and the risk.

Are Penny Stocks Worth The Risk? 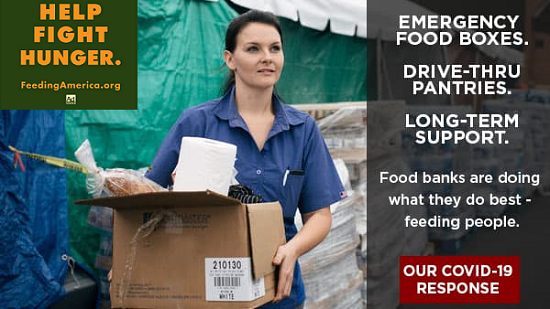